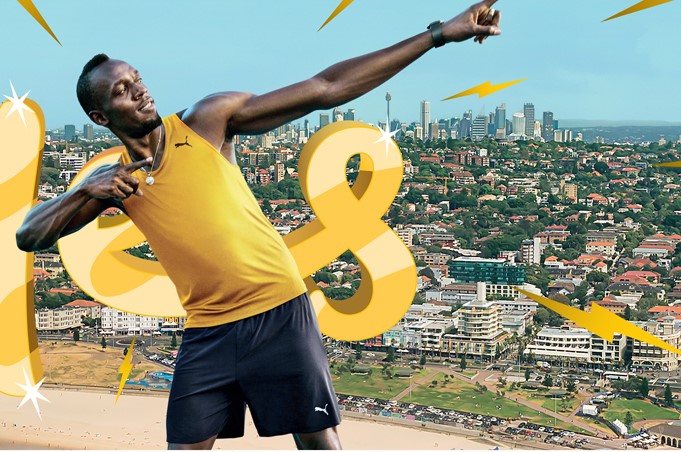 The fastest man on the planet (that’s Usain Bolt) has expert trainers and coaches behind him. The fastest network in Australia (that’s Optus) has an expert strategic print management partner behind them (that’s us, Finsbury Green).

Here’s how we worked with Optus to deliver a very successful campaign.

In 2017 Optus wanted to change the perception it was a second-fiddle communications carrier. The telco giant decided to align the speed of its network and NBN offering with the speed of world champion Olympic sprinter Usain Bolt.

The media campaign ran across multiple touchpoints including television, radio, newspapers and social media, and was designed to get foot traffic into stores to buy phones, broadband and entertainment plans.

Our task was to work with Optus on this strategic campaign to execute the television campaign into the retail environment. From street furniture in train stations and bus stops, billboards, stadiums and large shopping centres to in-store displays and print collateral.

Every specification and requirement needed to be highly accurate to simplify the delivery and installation of print and digital collateral across multiple stores with different floor plans.

This task in the past has taken up to 28 days to execute; however, the 14 days it took our team to produce and deliver all the collateral from start to finish is now as famous as Usain’s 45 km/h top speed in the 2009 Berlin World Championships.

The management of files, proofs, sign off, colour management and delivering the 300 items to 400 stores nationally was a masterclass in workflow automation.

Collaborating with Optus on brand execution meant it was important to visualise the campaign by applying the creative to a retail test store, so management could visualise the impact.

Using Launch, Finsbury Green’s campaign project management software, we were able to align the approved creative to store planograms and where the collateral should sit within a store.

Finsbury Green’s approach and technology overcame several challenges by allowing a visual representation and budget before Optus invested in the collateral for the campaign.

It gave Optus comfort that the collateral would work; that they could see where it was positioned and ensured the campaign ran to budget without any surprises.

This campaign and every one of the 300 collateral components needed sophisticated technology to control the wide-ranging deliverables, simultaneously.

Launch made all the stakeholders accountable and delivered a level of transparency that removed any doubt, giving everyone peace of mind!

The campaign was a huge success, driving people into stores and signing up with Optus, who went from being slightly down on sales to being ranked best overall in voice and data in December 2017*.

The campaign also saw Optus win the P3 best network in Australia and led to the beginning of greater consumer understanding of Optus.

Finsbury Green is very proud of the part we played in getting the physical elements into store efficiently and aligning the retail fit-out with the media campaign. 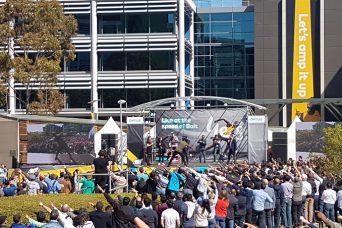 Party with Usain brings the campaign to life 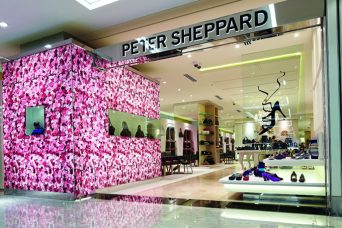 The sole of success

Please fill up Email and Name field to download